This case confirms the possibility that some actions taken during prosecution can be used to interpret the scope of a claim.

The patent in question relates to pharmaceuticals and in particular to dosage regimes. The patent included the following claim:

1. A pharmaceutical unit dosage form comprising about 1 to about 20 mg of a compound having the structural formula: 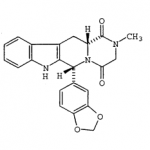 A question arose as to whether a maximum daily dosage of 20mg should be considered to be an essential element of the claims. It is important to note that, although the claim recites a dosage form of up to about 20 mg, the claim does not recite the maximum daily dose. For example, a patient could potentially take multiple units of 20 mg at a time or at intervals throughout the day.

Relying in part on the file history, the court deemed that the daily dosage was not essential. The application as originally filed included claims reciting the method of treating sexual dysfunction comprising administering about 1 to 20 mg tadalafil, up to a maximum total dose of 20 mg per day. These claims were rejected for claiming a method of medical treatment. In response, Lilly redrafted these claims as “use” claims and removed the reference to a maximum total dose per day. Citing his own prior decision in Distrimedic 2013 FC, the Judge held that it was proper to use this file history in interpreting the claims:

[154] “While the file history of a patent application is generally considered as extrinsic evidence and not admissible, I have already held that a change in the wording of a claim as a result of an objection from the Patent Office is an objective fact that can be considered and from which an inference may de drawn”.

Using the prosecution history in this way circumscribes the Supreme Court’s statement in Free World Trust 2000 SCC that allowing “extrinsic evidence [e.g. statements or admissions made during prosecution] for the purpose of defining the monopoly would undermine the public notice function of the claims, and increase uncertainty as well as fuelling the already overheated engines of patent litigation”. 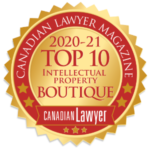